'I understand that learning is a forever process'

What are the most valuable skills you gained from your Arts & Sciences education?

The most valuable skill I gained from Arts & Sciences is understanding that learning is a forever process. The deeper I go into my classes, the more I realize there is so much that I do not understand. As I graduate, I keep wishing I had more time to take a class in so many subject areas that I want to understand better. However, education is not limited to the realm of academia. I can still explore the topics I am interested in; it just may be in another format. I really enjoyed the structure of Arts & Sciences because I was able to explore so many different fields and subjects including computer science; information science; sociology; history; feminist, gender and sexuality studies; economics; industrial and labor relations; earth and atmospheric studies, etc. The seeds have been planted for further growth and now it is up to me continue to cultivate knowledge.

What is your main extracurricular activity and why is it important to you?

I have been involved in a lot of different clubs at Cornell, serving on different executive boards and leading organizations. As I have gone through Cornell, working with the Cornell Prison Education Program has become especially important to me. I began working with CPEP as a teaching assistant at Auburn Correctional Facility. I have continued my work with CPEP as a program assistant working on editorial projects. The rise of mass incarceration and the carceral state is a particular evil within America. Incarcerated people are dehumanized; there are many deep systemic issues with the criminal legal system. While there is so much wrong with the prison system, I wanted to have a positive impact of the lives of incarcerated individuals. Education is a right and everyone deserves the ability to further learn and grow, and that is one of the benefits of college in prison programs.

What have you accomplished as a Cornell student that you are most proud of, either inside the classroom or otherwise?

When I was a news editor at The Cornell Daily Sun, I produced a special issue about the 50th anniversary of the Willard Straight Hall Takeover. As a Black student at Cornell, I value the Black Cornellians that came before me and fought for a better university. It was an honor to revisit the moment and talk to those directly involved. I interviewed students who were inside Willard Straight, the photographer of the Pulitzer Prize winning photo, creators of a documentary on the takeover and a student photographer who documented life inside Willard Straight during the occupation. I thoroughly enjoyed going through Cornell's history and gathering the first-person perspectives of what happened that weekend. The radical visions of the young Black students in 1969 created change that reverberated across the university. I am grateful to have been able contribute to the historical record of the events during the fateful parents weekend.

Who or what influenced your Cornell education the most? How or why?

My professors. I have taken so many wonderful courses with truly brilliant and compassionate professors. I write the freedom Professor Greg Londe emphasized in my freshman writing seminar. I often think about the stories Professor Jamila Michener would share in her lectures about poverty and prisons. I admire the organization and thoughtfulness that Professor Anna Haskins and Professor Jill Frank put in their course designs and syllabi. I appreciated the care Professor Samantha Sheppard gave toward her students, the music she played before class and her impeccable glasses collection. I took a course with Professor Russell Rickford because I frequently saw him at protests and rallies. I was amazed by the philosophical connections Professor Olúfẹ́mi Táíwò would make during the Africana studies course I took my first semester at Cornell. I enjoyed that Professor Carole Boyce-Davies invited authors we read to join our class. Each of these professors and many more have shaped my education. While I don't know what the future holds, I know that I would take pieces from what I learned from them if I ever became a professor.

If you were to offer advice to an incoming first year student, what would you say?

My advice would be to explore your interests and listen to yourself. It is important that you are studying something that fulfills you and is not what other people want for you. I started out at Cornell in the College of Art, Architecture and Planning before I realized the structure of Arts & Sciences better suited my learning style. When I decided to pursue the inequalities studies minor, I noticed that most of the courses I was interested in for the minor were in the government department. That led me to further exploring government courses and declaring the major. For awhile I thought I was going to double major in government and economics and only do a minor in Africana studies. As I built my schedule each semester, I found myself drawn more to the courses in Africana studies. In the end, I chose what excited me the most. I had the most academically enriching semester because for the first time my schedule was dominated by courses I wanted to take rather than fulfilling a requirement. I wish I had made the decision to major in Africana studies sooner. However, as a freshman and sophomore I did not really know what I wanted and I am glad Arts & Sciences allowed me to explore so many different areas. Don't wait until your senior year to follow your heart. Take the courses that grab you early on and go from there.

Every year, our faculty nominate graduating Arts & Sciences students to be featured as part of our Extraordinary Journeys series. Read more about the Class of 2021. 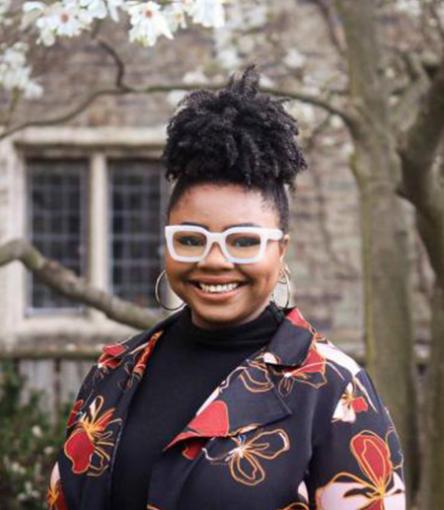 Employers are Begging for Workers. Maybe That's a Good Thing. 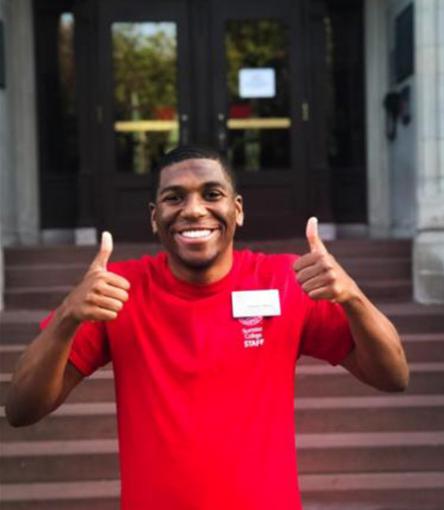 'I treasure any and all 3 a.m. conversations that took place'