The COVID-19 pandemic has exposed the ways structural racism and inequality are “baked into” the American health care system, said Akilah Johnson, national reporter for the Washington Post, moderating “Racism in America: Health” on March 29.

During the webinar, four Cornell faculty members elaborated on ways the pandemic has shown race-based discrepancies in health care and health outcomes. The deeper, structural racism ultimately causing them is “embedded in the DNA of all our institutions,” said panelist Jamila Michener, associate professor of government in the College of Arts and Sciences (A&S) and co-director of the Cornell Center for Health Equity. 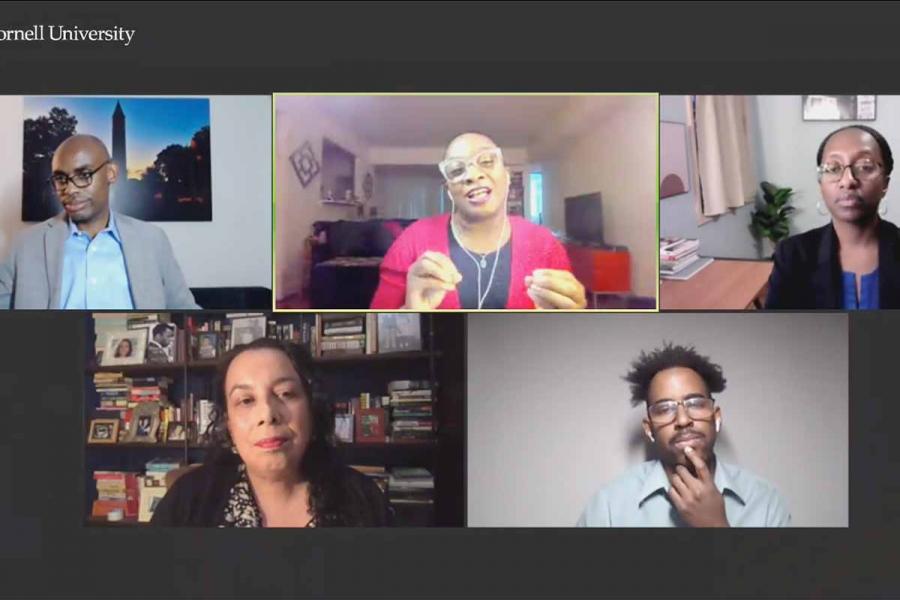 The webinar, attended by more than 1,000 people, was the fourth in the yearlong “Racism in America” series hosted by A&S and supported by Alumni Affairs and Development, eCornell and Diversity Alumni Programs. The Cornell Center for Health Equity, College of Agriculture and Life Sciences (CALS), and Weill Cornell Medicine partnered on the event.

“COVID-19 has illustrated the ways that structural racism impacts health. The racism embedded in the healthcare delivery system has magnified these things a thousand-fold,” said Morales, who is a principal investigator/director of Weill Cornell Medicine’s Diversity Center of Excellence, which operates under the auspices of the Cornell Center for Health Equity and has an active primary care practice. “Minority Americans have been more likely to be exposed to and infected by COVID-19 largely due to overrepresentation in low-wage essential work, more densely populated neighborhoods and homes.”

In addition, people in racial minority groups are more likely to have stress-related diseases, including diabetes and hypertension, which are risk factors for COVID-19 patients, Morales said. And now, with COVID-19 vaccines available, race-based disparities in distribution are happening, she said, because poor and minority people also have lower access to digital resources, transportation and community education.

Lewis started his research career focusing on individual health behaviors and messaging to help people make healthier choices. “But the more I did that work,” he said, “the clearer it became that you can’t understand, much less change, people’s health behaviors without reckoning with larger social structures and systemic forces, including the system of racism that we have in this country.”

For example, Lewis said, 2020 guidelines recommending homemade face masks were well-intentioned, but studies have found that Black men are perceived to be more threatening in homemade masks than in surgical masks. Without thinking about how the larger system of racism affects multiple outcomes, recommendations can address one problem – COVID-19 – but create other problems for marginalized groups, who are already hassled in society for “appearing threatening.”

“It may not come to mind easily for some people, which is why it’s so important to have diverse teams of people working on public health policy,” Lewis said.

For historically marginalized populations, trust is an important part of public policy that has health consequences, said Ezell, who has been studying health and public opinion outcomes of the water crisis in Flint, Michigan.

“Intention definitely does matter, in the case of trust and trauma,” Ezell said. “But when we think about trust in application, it doesn’t matter if the causes of an event or the consequences of it are racist: if one or the other is, or is deemed so, then we have an issue.”

The system of training medical professionals is one of many in this country plagued by what Michener called “racism without racists,” where the system itself is racially biased. In the U.S., Black or Latino people make up about 30% of the population but only about 10% of physicians.

Given the existing challenges, an audience member asked, what does an equitable health care system look like?

Morales envisioned a health care system as “publicly funded Medicare for all,” in which the financial interest of corporations is secondary to needs of the public.

Primary care physicians are essential as “trusted messengers” of health, Lewis said: “Someone you can trust to have your interest at heart, who cares enough to get you the information and the services you need to live a happy, healthy life.”

Ezell wants to see a system in which patients of any race or ethnicity can find care from a provider who is culturally similar to them or who is at least sensitive to the patient’s cultural nuances.

“We’ve never had a moment in this country when we’ve had health equity, what I might call ‘health justice,’” Michener said, but she looks to scholar Cornel West, who said, “justice is what love looks like in public,” for guidance.

“What do we want for the people we love? That’s what everybody should have,” she said, “because everybody has basic humanity.”

Read the story in the Cornell Chronicle.

Despite refugee boost and family reunification, Biden has ‘long road to go’ 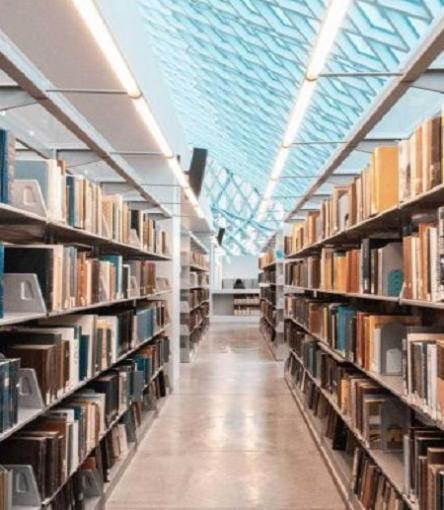 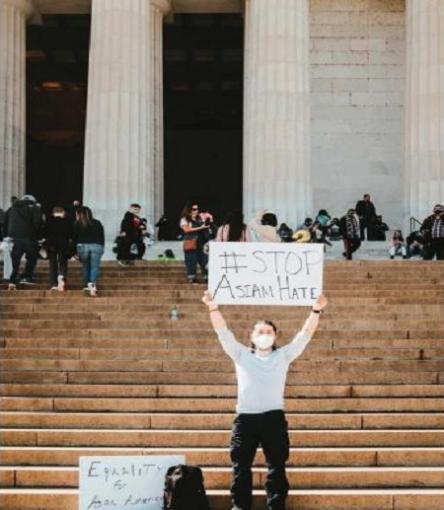 Americans aren’t learning about anti-Asian bias. We have the data.