CSI is based in the Sociology Department in the College of Arts and Sciences, but has more than 100 Faculty Affiliates from around campus. Below is a selection of recent books written and edited by our affiliates. 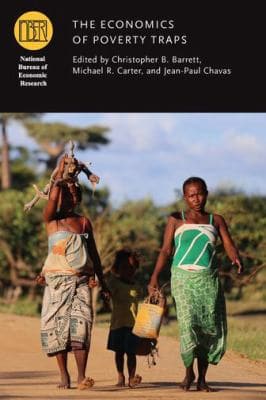 The Economics of Poverty Traps - Edited by Christopher B. Barrett, Michael R. Carter, and Jean-Paul Chavas

"The research in this volume explores the hypothesis that poverty is self-reinforcing because the equilibrium behaviors of the poor perpetuate low standards of living. Contributions explore the dynamic, complex processes by which households accumulate assets and increase their productivity and earnings potential, as well as the conditions under which some individuals, groups, and economies struggle to escape poverty. Investigating the full range of phenomena that combine to generate poverty traps—gleaned from behavioral, health, and resource economics as well as the sociology, psychology, and environmental literatures—chapters in this volume also  present new evidence that highlights both the insights and the limits of a poverty trap lens." (Full Description) 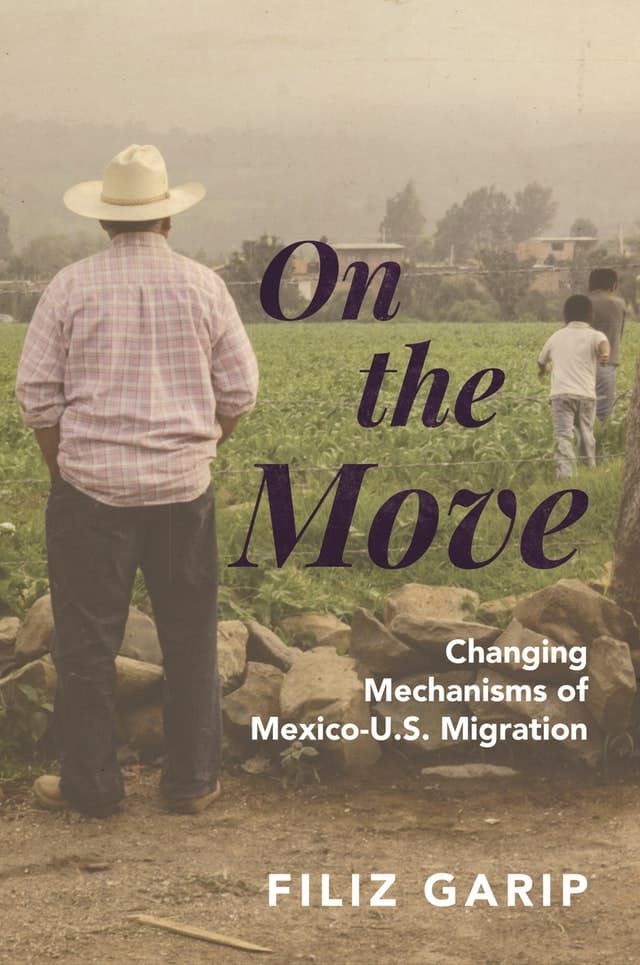 On the Move: Changing Mechanisms of Mexico-U.S. Migration - Filiz Garip

"Why do Mexicans migrate to the United States? Is there a typical Mexican migrant? Beginning in the 1970s, survey data indicated that the average migrant was a young, unmarried man who was poor, undereducated, and in search of better employment opportunities. This is the general view that most Americans still hold of immigrants from Mexico. On the Move argues that not only does this view of Mexican migrants reinforce the stereotype of their undesirability, but it also fails to capture the true diversity of migrants from Mexico and their evolving migration patterns over time." (Full description) 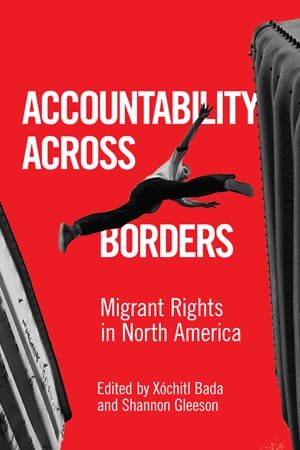 "A timely, transnational examination of the institutions in Mexico, Canada, and the United States that engage migrant populations in becoming agents of change for immigrant rights while holding government authorities accountable.

Covering the role of federal, state, and local governments in both countries of origin and destinations, as well as nongovernmental organizations (NGOs), these essays range from reflections on labor solidarity among members of the United Food and Commercial Workers in Toronto to explorations of indigenous students from the Maya diaspora living in San Francisco. Case studies in Mexico also discuss the enforcement of the citizenship rights of Mexican American children and the struggle to affirm the human rights of Central American migrants in transit. As policies regarding immigration, citizenship, and enforcement are reaching a flashpoint in North America, this volume provides key insights into the new dynamics of migrant civil society as well as the scope and limitations of directives from governmental agencies." (Full Description) 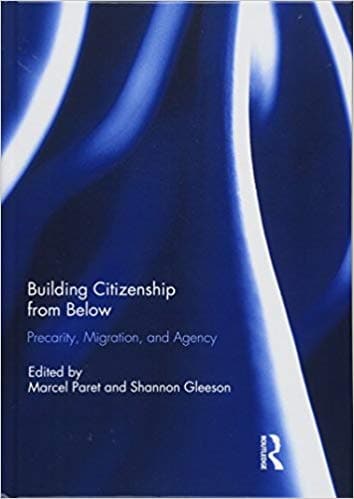 "Focusing on what can be referred to as the ‘precarity-agency-migration nexus’, this comprehensive volume leverages the political, economic, and social dynamics of migration to better understand both deepening inequality and popular resistance. Drawing on rich ethnographic and interview-based studies of the United States and Latin America, the authors show how migrants are navigating and challenging conditions of insecurity and structures of power. Detailed case studies illuminate collective survival strategies along the migrant trail, efforts by nannies and dairy workers in the northeast United States to assert dignity and avoid deportation, strategies of reintegration used by deportees in Guatemala and Mexico, and grassroots organizing and public protest in California. In doing so they reveal varied moments of agency without presenting an overly idyllic picture or presuming limitless potential for change. Anchoring the study of migration in the opposition between precarity and agency, the authors thus provide a new window into the continuously unfolding relationship between national borders, global capitalism, and human freedom." (Full Description) 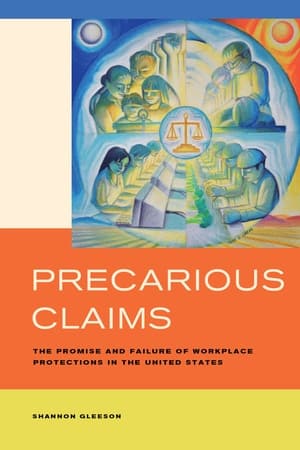 Precarious Claims tells the human story behind the bureaucratic process of fighting for justice in the U.S. workplace. The global economy has fueled vast concentrations of wealth that have driven a demand for cheap and flexible labor. Workplace violations such as wage theft, unsafe work environments, and discrimination are widespread in low-wage industries such as retail, restaurants, hospitality, and domestic work, where jobs are oftenheld by immigrants and other vulnerable workers. How and why do these workers, despite enormous barriers, come forward to seek justice, and what happens once they do? Based on extensive fieldwork in Northern California, Gleeson investigates the array of gatekeepers with whom workers must negotiate in the labor standards enforcementbureaucracy and, ultimately, the limited reach of formal legal protections. (Full Description) 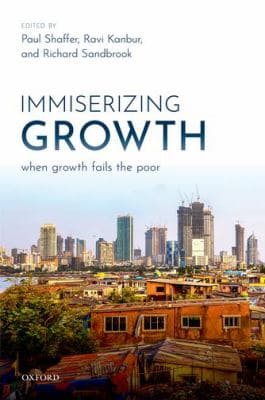 "Immiserizing growth occurs when growth fails to benefit, or harms, those at the bottom. It is not a new concept, appearing in some of the towering figures of the classical tradition of political economy including Malthus, Ricardo, and Marx. It is also not empirically insignificant, occurring in between 10% and 35% of cases. In spite of this, it has not received its due attention in the academic literature, dominated by the prevailing narrative that 'growth is good for the poor'. Immiserizing Growth: When Growth Fails the Poor challenges this view to arrive at a better understanding of when, why, and how growth fails the poor." (Full description) 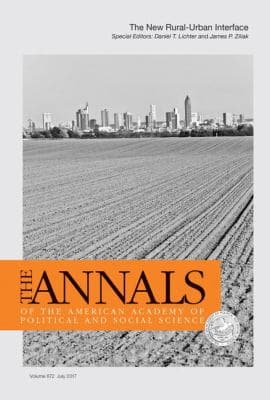 "With the increasing urbanization of the United States, big city issues and interests have come to characterize and influence many key policy and political issues, while the rest of the country--rural and small-town America--is often forgotten. With the election of Donald Trump as the 45th U.S. president, however, rural America has made its presence known. This volume of The ANNALS explores the interface between rural and urban America--how these areas are both divided and tightly integrated and interdependent. The volume focuses on the cultural, economic, demographic, and political dimensions of changing social and spatial boundaries that both separate and link urban and rural America." 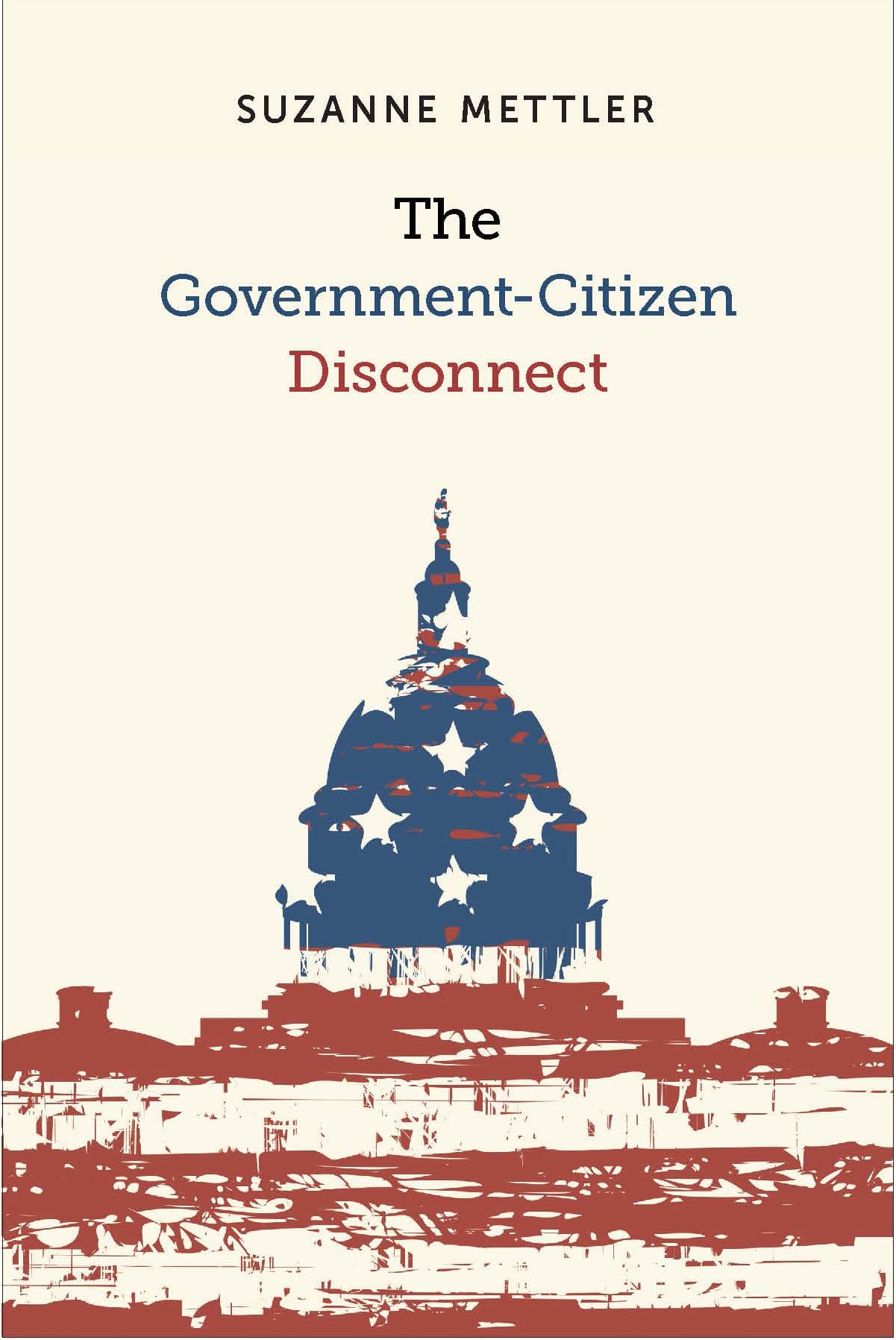 "Americans’ relationship to the federal government is paradoxical. Polls show that public opinion regarding the government has plummeted to all-time lows, with only one in five saying they trust the government or believe that it operates in their interest. Yet, at the same time, more Americans than ever benefit from some form of government social provision. Political scientist Suzanne Mettler calls this growing gulf between people’s perceptions of government and the actual role it plays in their lives the "government-citizen disconnect." In The Government-Citizen Disconnect, she explores the rise of this phenomenon and its implications for policymaking and politics." (Full Description) 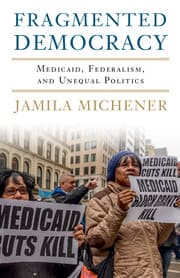 "Medicaid is the single largest public health insurer in the United States, covering upwards of 70 million Americans. Crucially, Medicaid is also an intergovernmental program that yokes poverty to federalism: the federal government determines its broad contours, while states have tremendous discretion over how Medicaid is designed and implemented. Where some locales are generous and open handed, others are tight-fisted and punitive. In Fragmented Democracy, Jamila Michener demonstrates the consequences of such disparities for democratic citizenship. Unpacking how federalism transforms Medicaid beneficiaries' interpretations of government and structures their participation in politics, the book examines American democracy from the vantage point(s) of those who are living in or near poverty, (disproportionately) Black or Latino, and reliant on a federated government for vital resources." (Full Description) 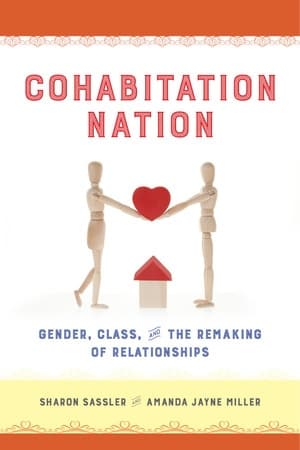 "Drawing on in-depth interviews, Sharon Sassler and Amanda Jayne Miller provide an inside view of how cohabiting relationships play out before and after couples move in together, using couples’ stories to explore the he said/she said of romantic dynamics. Delving into hot-button issues, such as housework, birth control, finances, and expectations for the future, Sassler and Miller deliver surprising insights about the impact of class and education on how relationships unfold. Showcasing the words, thoughts, and conflicts of the couples themselves, Cohabitation Nation offers a riveting and sometimes counterintuitive look at the way we live now." (Full Description) 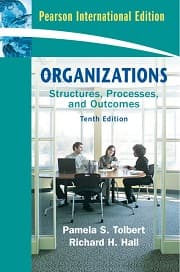 Based upon classical and contemporary theory and empirical research, this text forms a sociological analysis of organizations, focusing on the impacts that organizations have upon individuals and society.

In the United States today, roughly 1 in 25 children has a parent in prison. This insightful volume provides an authoritative, multidisciplinary analysis of how parental incarceration affects children and what can be done to help them. The contributors to this book apply a wide array of tools and perspectives to the study of children of incarcerated adults. Sociologists and demographers apply sophisticated techniques for conducting descriptive and causal analyses, with a strong focus on social inequality. Developmental psychologists and family scientists explore how proximal processes, such as parent–child relationships and micro-level family interactions, may mediate or moderate the effects of parental incarceration. Criminologists offer important insights into the consequences of parental criminality and incarceration. And practitioners who design and evaluate interventions review a variety of programs targeting parents, children, the criminal justice system, and the plight of poor children more broadly." (Full Description) 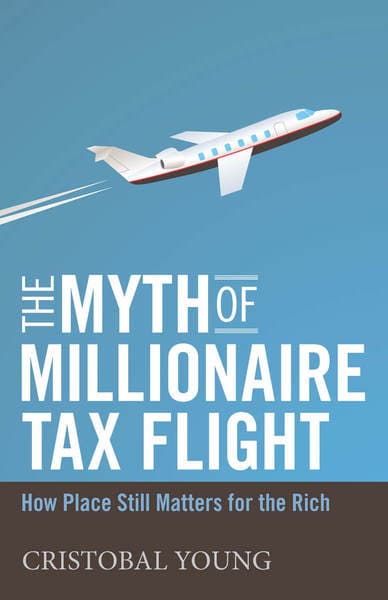 The Myth of Millionaire Tax Flight: How Place Still Matters for the Rich - Cristobal Young

"In this age of globalization, many countries and U.S. states are worried about the tax flight of the rich. As income inequality grows and U.S. states consider raising taxes on their wealthiest residents, there is a palpable concern that these high rollers will board their private jets and fly away, taking their wealth with them. Many assume that the importance of location to a person's success is at an all-time low. Cristobal Young, however, makes the surprising argument that location is very important to the world's richest people. Frequently, he says, place has a great deal to do with how they make their millions." (Full Description)