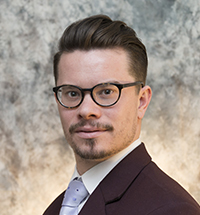 To enable more employees to take paid sick leave, a dozen states have passed sick leave mandates over the past decade in the United States. This paper evaluates comprehensively the impact of these mandates on inequality in access, the use of paid and unpaid sick leave, and their overall impact on the spread of contagious diseases.

Using firm-level data from the National Compensation Survey by the BLS and quasi-experimental methods, we first estimate the causal impact of the mandates on a range of labor market outcomes. We find that the mandates are effective in increasing access to paid sick leave and reducing inequality in the labor market. As a result of the mandates, access to paid sick leave increases significantly by 18 percentage points from a baseline level of 66% in the first two years, but then plateaus over the next four years. Newly covered employees take two additional sick days per year, increasing labor costs by 21 cents per hour worked for marginal employers.

Second, using uniquely compiled data from administrative sources, we show that sick pay mandates have causally reduced doctor-certified flu rates at the population level in the U.S. On average, in their first year, flu rates decreases by 11% or 2,900 confirmed cases per 1 million patients and week.

Bio: Nicolas Ziebarth is an Associate Professor in the Department for Policy Analysis and Management at Cornell University. Before coming to Cornell, Nicolas earned his PhD in economics from the Berlin University of Technology (TU Berlin) in 2011.

Nicolas Ziebarth is an expert on the economics of sick leave. His PhD thesis is titled "Sickness Absence and Economic Incentives" and, since then, he has published numerous peer-reviewed articles on paid sick leave in the United States and Europe.

More generally, Nicolas studies the interaction of health-related social insurance systems with labor markets and population health. Another focus of his work is the driving forces and implications of risky health behavior such as smoking, drinking, or overeating.